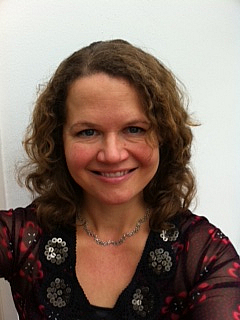 The pictures of the nuclear disaster in Fukushima are in our minds and are updated daily. People from around the world feel compassion for the Japanese, who have had to cope with a triple disaster: earthquake, tsunami, and nuclear accident. At the moment of writing this piece, it is far from clear how the latter of this apocalyptic triad will end. In the meantime, the debate about nuclear energy has taken an unexpected turn. In the last few years, there was a growing consensus that nuclear energy would be the solution to generate energy without CO2 emissions. The probability of an accident was said to be negligible. However, now that an accident has occurred, many people wonder whether nuclear energy is a really wise option (cf., e.g., Macilwain 2011). Germany immediately shut down several nuclear reactors, and the German Green Party achieved unprecedented results in the local elections due to its anti-nuclear position.

Often when a new technology is introduced, a typical pattern can be observed: society is alarmed and worried about its risky aspects, whereas experts assure them that the risks are negligible. Policy makers typically respond to this in two ways: either they ignore the emotions of the public or they take them as a reason to prohibit or restrict a technology, as is the case with genetic modification in many European countries. Let me call these responses the technocratic pitfall and the populist pitfall, respectively. Experts and policy makers emphasize that a dialogue with the public is impossible as it is supposedly ill-informed and so emotional about certain risks that they are immune to rational, objective, scientific information. This pattern has occurred in regard to nuclear energy, cloning, genetic modification, carbon capture and storage, and vaccination, to mention just a few of many hotly debated, controversial, technological developments. Stalemates such as these may seem unavoidable. At least as long as we take it for granted that emotions are irrational and impenetrable by rational information. However, there are developments in the psychological and philosophical study of emotions that can shed an entirely new light on these issues.  Read more >