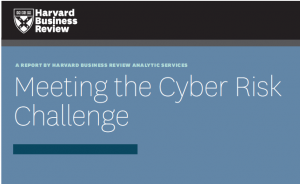 We contributed to this relevant survey to get a better scope of and insight in what is actually going on within organizations regarding cyber related risks. We know from our members that cyber related risks seem to be under-estimated. The risks can hardly be quantified and measured. They seem a bit of  far away, like the Misty Mountains.

On the other hand there are many smaller cyber incidents and more and more larger ‘accidents’ occur. Some on enterprise level, some hardly noticed by management.  So they are actually not so far away. It is still a litte bit of unknown territory, which in our view should be discovered as soon as possible, before large accidents can happen. In the Global Risk Report 2013 is expressed that a majority of the CEO’s fears a cyber-attack on their organization or relevant infrastructure. Well,  time to focus on this, we think. Therefor our swift and positive cooperation on this survey.

The participation in this research we think is a major first step to share our knowledge and experiences as well as to create a common awareness of the true problem. We know by heart that underestimating something is a risk on its own. We have to meet the cyber risk challenge before us.

Many companies and governments still do not devote sufficient attention to cyber risks, despite an increase in frequency, scope, and sophistication – and harsher penalties for lack of regulatory compliance and loss of sensitive data.

The enormous expansion in the availability of information presents opportunities and challenges for business and government. Keeping their own data secure is a major task for organizations that face threats from competitors and others who may find their proprietary information too tempting not to try to steal.

At the same time, tightening laws and regulations and the demands of customers, citizens, suppliers, their own employees, and others with whom they interact make it imperative that they carefully control access to data about those outside parties. Accordingly, more than three out of four respondents to a recent Harvard Business Review Analytic Services survey sponsored by Zurich said information security and privacy have become more significant areas of concern in the past three years.

“Less than one in five organisations (19%) have insurance specifically designed to cover against cyber attacks, despite the fact that over three-quarters (76%) have become more concerned about information security and privacy over the past three years.

Research undertaken by Zurich in association with Ferma and PRIMO also revealed that just 16% of companies have a designated chief information security officer to oversee cyber risk and fewer than half (44%) have increased their budget to tackle the problem.

The research suggested regulation and compliance concerns appear to be driving much of organisations’ planning around cyber risk, after three of the top five concerns surrounded legal liability.

Zurich chief risk officer for general insurance Steve Wilson said: “Cyber risk comes in a bewildering variety of forms for organisations and we hope this research will provide risk managers with important insights into this critical issue.

“As the survey shows, it is essential that organisations do not fall into the trap of a top-down approach, taking a holistic approach which engages all employees to meeting this challenge.”

FERMA board member Julia Graham who led FERMA’s participation in the project said: “Too often I have seen well embedded principles and practices associated with risk management and risk financing discarded when the subjects of information security and specifically cyber security are considered.”     More than three-quarters (76%) of survey respondents said that information security and privacy had become more significant areas of concern in the past three years. A majority also indicated that board involvement is growing in their organisation.

“They must improve their institutional preparedness to combat cyber threats and losses, which are inadequately covered by traditional liability insurance,” the final report from HBR and Zurich concludes.

In any case, only 16% of companies covered in the survey have designated a chief information security officer to oversee cyber risk and privacy, and less than half (49%) agree they have a strategy for communication to the general public in case of a cyber risk incident.

The sheer number of ways in which data can be lost, stolen, or misappropriated illustrates the prevalence of the threat. Respondents highlighted the following threats to the information security and confidentiality:

Regulation and compliance concerns appear to be driving much of organisations’ planning around cyber risk. Survey respondents most frequently placed business income loss and the cost of restoring crucial proprietary electronic information among their top five concerns. The next three concerns all related to legal liability: