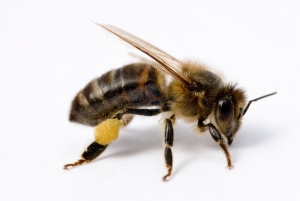 By Daniel Cressey for Nature

“Across the globe, hives of honeybees are dying off in a phenomenon known as colony collapse disorder. Among the proposed culprits are pesticides called neonicotinoids, which are supposed to be less harmful to beneficial insects and mammals than the previous generation of chemicals.

Debate over neonicotinoids has become fierce. Conservation groups and politicians in the United Kingdom and Europe have called for a ban on their use, but agricultural organizations have said that farmers will face hardship if that happens. Next Monday, European governments will take a crucial vote on whether to severely restrict or ban three neonicotinoids.” Read more >