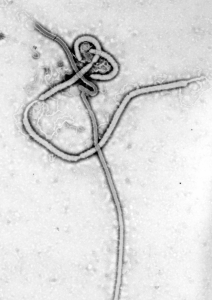 A year ago the first Ebola incident was reported in Guinea. It spread step by step. Now with the latest figures published by The Economist, public health is at stake. In general it seems that the exponential growth can not be underestimated.

The Economist reports” “Late March, Liberia had reported eight suspected cases and Sierra Leone six. By the end of June 759 people had been infected and 467 people had died from the disease, making this the worst ever Ebola outbreak. The numbers keep climbing. As of December 28th, 20,206 cases and 7,905 deaths had been reported worldwide.”

The article is recommended because it gives a very compact and well outlined overview of the Ebola-progression in 2014. Read more >>