Written by redacteur on 2 May 2015. Posted in 2015, Business, Corporate, Essay, In the news, Leadership, Network, Publications, Risk Management.

The strategic importance of risk managing the supply chain

Risk managers should keep a handle on their supplier relationships as this can lead to significant gains.

The corporate risks posed by a potential supply chain failure are leading more risk managers to keep a close handle on their supplier relationships and they are finding, in some instances, that significant gains can be made in the process.

The latest spate of negative headlines about UK-based corporates that have been found wanting in their governance of suppliers or have suffered operational upheaval owing to a supply chain issue is driving this change.

Assuring High Performance in an Age of Complexity

“By some estimates, executives and managers spend nearly half their time in activities related to planning: developing an organizational vision; translating that vision into a strategic plan; communicating the plan; deploying the plan via subordinate – e.g., operational, business, financial, human capital, and individual performance – plans, monitoring progress of plans; initiating corrective action when plans go off track; articulating reasons why the plans failed to achieve desired outcomes; and rewarding individuals and teams for their parts in successful execution of the plans.

But why plan? In today’s fast-paced, highly complex transformational environment, it could be argued that planning is obsolete. Because the environment is so chaotic – because the future is therefore so fraught with uncertainty – it is impossible to predict the future. And that is why some organizations have given up on planning: They see it as a waste of precious time that could be used reacting to unpredicted (unpredictable?) events.

That is the impression one might get from a first reading of the book under consideration. Weick and Sutcliffe tell us, among other things, that planning might not only be obsolete; it might be dysfunctional. Picture this: An organization has strategic plans, operational plans, annual business plans, and contingency plans – all expertly crafted, deployed, and executed – yet a series of unexpected events (Murphy’s Law in action) derail the plans and cause disaster. Weick and Sutcliffe argue that the mere fact of such extensive planning tends to detract executives’ and managers’ attention away from those aberrations that fall outside the plans. Organizational leaders may assume that these pesky little anomalies are simply random occurrences when, in fact, they are part of a larger, more insidious pattern coming into play – one that is not recognized until the damage is done.” Read more>

Written by redacteur on 14 July 2011. Posted in Business, Corporate, In the news, Project management, Strategy.

Your organization won’t innovate productively unless some underlying factors are in good shape. If “10” is outstanding and “1” is poor, how do you rate your organization on each of these?

Do we know all the risks ?

In the 13th Annual Global CEO Survey we hear how businesses leaders responded to the challenges brought about by the recession, the concerns they are facing today and, reflecting on often difficult ‘lessons learned’, their strategies for positioning their companies for the long-term.

The effects of the downturn were far-reaching. Many business leaders contend they should have anticipated the impact and prepared sooner – allowing them more time to consider various strategic options. As we see in the survey, CEOs continue 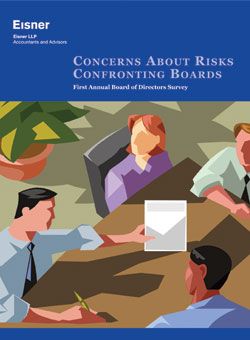 Public entities in California today face an unprecedented challenge as they try to maintain the levels of public service that their citizens have come to expect. Given the current dismal global economic situation and its adverse trickle-down effect on local government, it’s a wonder that more California communities are not filing for bankruptcy.

Federal bailouts and proposed tax increases seem to be the only revenue-generating mechanisms left—or are they? Maybe an ever-present but unrealized opportunity for local governments exists—risk management!

Public entity risk management has historically been viewed as a necessary evil, an expense line item. Governments have viewed their risk management organization as a triad composed of society, the judicial system, and what the insurance industry has forced on them. This perception is further supported by inexplicable insurance premiums, arbitrary claim settlements, and frivolous lawsuits.” Read more >

“A critical issue on the agenda for most directors these days is determining the board’s role in overseeing risk. That was the topic of a recent peer-to-peer discussion hosted by Directorship and Deloitte. A group of leading board directors and industry professionals explored risk-related issues in the aftermath of the economic crisis, which most agree was a catastrophic failure, particularly on the part of finance institutions, to recognize and rein in excessive risk.

“When we talk to senior stakeholders about risk, it’s really about finding a balance across the entire organization. This balance refers to addressing the sensitivities between strategic, operational, and compliance risk, and ensuring the right information and transparency exists,” said Henry Ristuccia, partner and U.S. leader of governance and risk management at Deloitte. Read more >